How to Create a Training Video 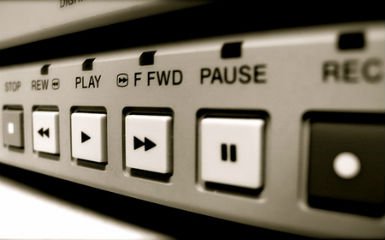 The first-ever moving picture, shot in 1878, was intended to answer a pretty simple-sounding question: How do horses move their legs when they run? Before the advent of the moving picture, it wasn’t known. But string several frames together in quick succession, and voila! The answer becomes clear.

Fast-forward a hundred and thirty-something years later, and our video technology has advanced so far that you could now record a horse running in three dimensions on a camera small enough to put in your back pocket. But an important lesson from that first running horse “movie” remains: when it comes to answering some straightforward questions, a 10-second tutorial video sometimes says more than an entire novel could.

That’s important to keep in mind if you’re thinking about including video tutorials as part of an e-learning or online training program. And with the proliferation of video-editing software, video-sharing sites like Vimeo and YouTube, and consumer-priced, high-quality digital cameras, it’s now easier than ever to include video in your presentations. Used properly, a video can give a training program a dynamic new element that helps learners get the most out of their training material.

Before you start recording video tutorials, it’s important to consider what sorts of problems are best resolved through video. For instance, short videos are especially good for showing or demonstrating actions or behaviors that cannot be adequately represented in writing (like the horse running). That’s why video’s great for showing how to perform a physical task, or for demonstrating soft-skill training in action, like a sales technique.

On the other hand, there are times when video may not make as much sense. For training materials you expect people to have to come back to many times, you might be wise to leave those in writing (or, if you prefer, offer both). Further, video is a one-way medium, so it works well in instances where the learner isn’t expected to participate directly (lectures, how-to’s, etc.)

Once you’ve determined that video makes sense for your training need, it’s time to start making a movie.

It’s important to remember that simplicity is best with training videos — you’re not making here. That said, a few preparations go a long way. Writing out a script in advance (and practicing it a few times) will make the narration much smoother. You can also storyboard out the shots you want to get. If you’re recording sound, make sure you’re using a decent microphone — the one on your camera (or phone, if you’re using that) just isn’t going to sound very good.

A few tips on shooting video:

People don’t expect snazzy special effects in training videos, so don’t waste time on fancy transitions or graphics. That said, there are a few things you can do post-production to help the video along. But remember — keep things brief. Different sources come up with different numbers on this, but typically try to keep videos to under three minutes. Some people even suggest breaking those down into 30-second or 1-minute videos that are searchable through a table of contents.

While complicated graphics and text-heavy screens are a no-go, the occasional illustration can sometimes work wonders. Studies show even simple doodles can get a lot of information across, and can even provide a little comic relief. If you do have a text screen, be sure to allow people enough time to read it — typically give an extra 30 percent of the time it took you to read it.

Finally, if you’re going to use narration, be sure you’ve got a script ready. That said, don’t sound too stiff — you want to go slowly enough that people can understand you, but quickly enough to sound natural. Adding an option for closed captioning may also make sense if some of your learners don’t speak English as a first language.

Ultimately, the thing to remember is that training videos should be brief and concise, simple and straightforward, and should get relevant information across in an easy-to-understand method. As long as you accomplish that, your training videos will add a great new element to your training lessons.